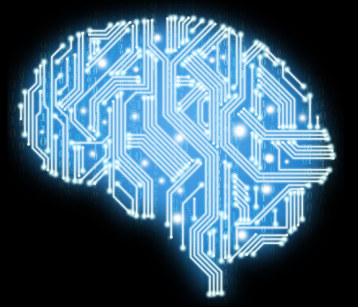 Artificial Intelligence is getting a lot of hype these days, but it's certainly not a new field. What's new is the resurgence in interest after the first wave of hype decades ago did not yield the results promised. Earlier attempts at AI focused on logic and game theory but these approaches failed to capture the uncertainty that is present in most real-life scenarios. Recent decades have seen a significant shift towards an AI field that is centered on probability and statistics rather than logic. It is on this foundation that modern AI has again captured the public interest and hope in new thresholds of possiblity.


There are many fields of AI that overlap and interweave with one another, but these are a few of the most popular.

In short, Machine Learning is the name for techniques that allow computers to learn from data. "What do they learn?", you might ask. They typically learn how to categorize or score things, which data scientists call classification and regression.

NLP is essentially the application of Machine Learning to language. This allows a computer to learn the structure of text (i.e., parsing), discover entities that are mentioned (named entity recognition), and much more.

This field deals with techniques that allow a computer to gain an understanding of an image(s). This may include object recognition, motion tracking, pose estimation, and much more.

How We Use Artificial Intelligence


While some feel threatened by the idea of super intelligent robots seizing control of the world, many including those of us at PaperRater, do not see any potential threat in the next 100 years, and no threats in the distant future that cannot be avoided. AI has accomplished a number of considerable tasks in recent years and will continue to tackle greater and greater tasks until what seemed incredibly impressive will seem mundane. Here are some of the feats from the past decade:

And these are milestones that will likely be achieved by AI in the next 10-20 years: